Enjoy an extended weekend stay in the city

Canceled and delayed flights due to the weather

Enjoy an extended weekend stay in the city

Which city would you prefer for an extended weekend? Is it the culture, the history, the architecture or the food, which is paramount for your choice of travel destination?

Below we at Refundmore have selected four destinations, which are perfect for you who want a significant city experience, where there are a lot of exciting sights that you can explore. 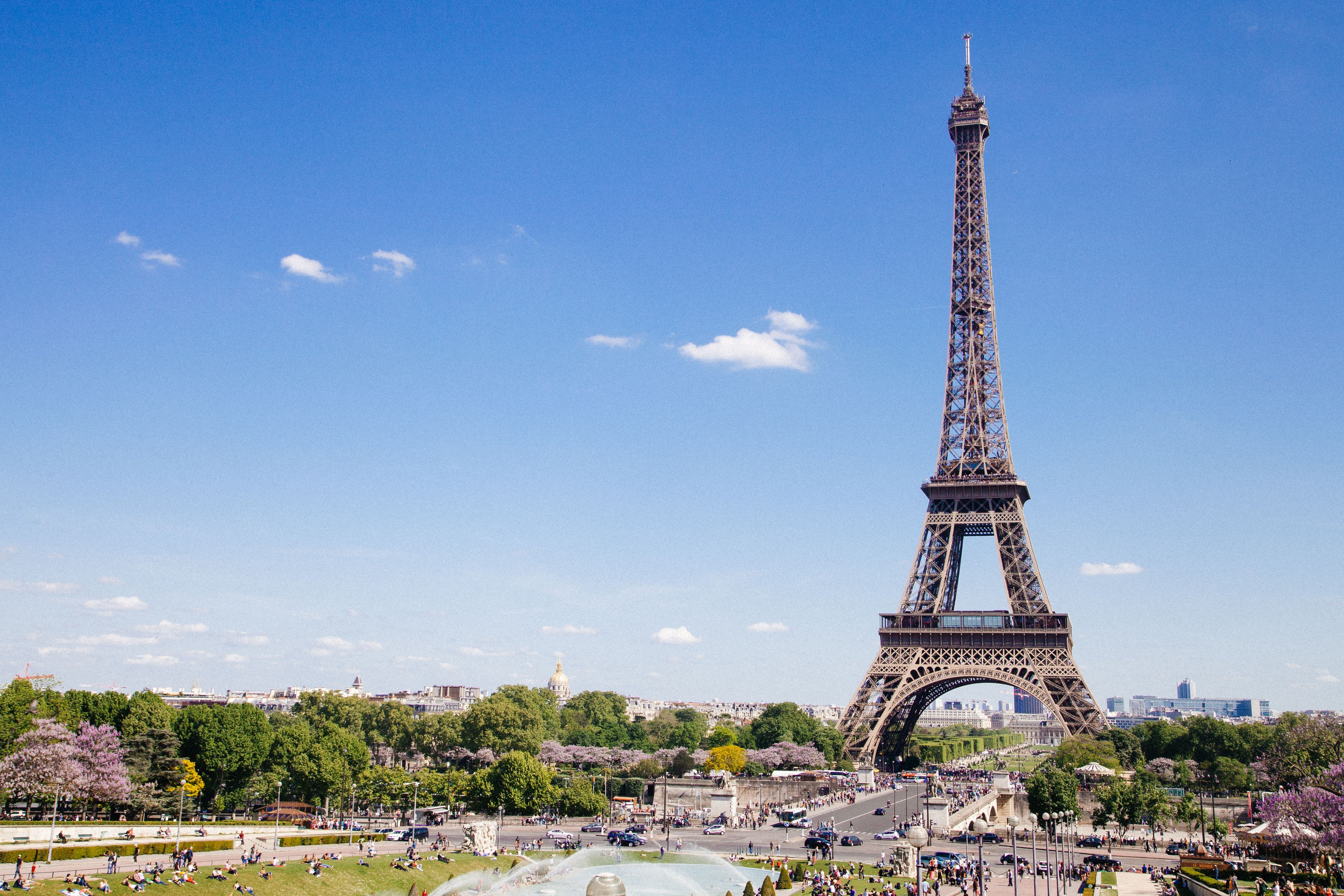 Paris is the capital of France, and the city is located in the north of France. The city has a population of approx. 2.2 million Inhabitants, and has an area of ​​about 105.4 km². Paris is the most visited city in the world, with as many as 25 million tourists annually. It is possible to get to Paris via their two international airports - Charles de Gaulle and Orly.

The city is called the City of lights because Ludvig XIV in 1667 decided that every street in the city should be covered in light in wintertime, so the country could reduce crime and tramps. This meant that all Parisians could move safely around at night, making Paris the most shining city in all of Europe. In addition, the city is also called the City of Love - as Paris can offer tourists an experience that you do not get in many other places. This applies, for example, to their baked goods, wine at the local cafe, and a stroll in the beautiful and cozy city streets.

Below can you see some unique sights in Paris:

The Eiffel Tower was built for the World Fair in 1889 as a tribute to the centenary of the French Revolution. The tower is the city's trademark and has become an international symbol of France, and this is seen in the number of visitors, which is as high as 7 million each year. The tower is 324 meters high, and there are 1665 steps to the top of the building. So if you want to walk around and enjoy a beautiful view of Paris, this activity is noticeable. 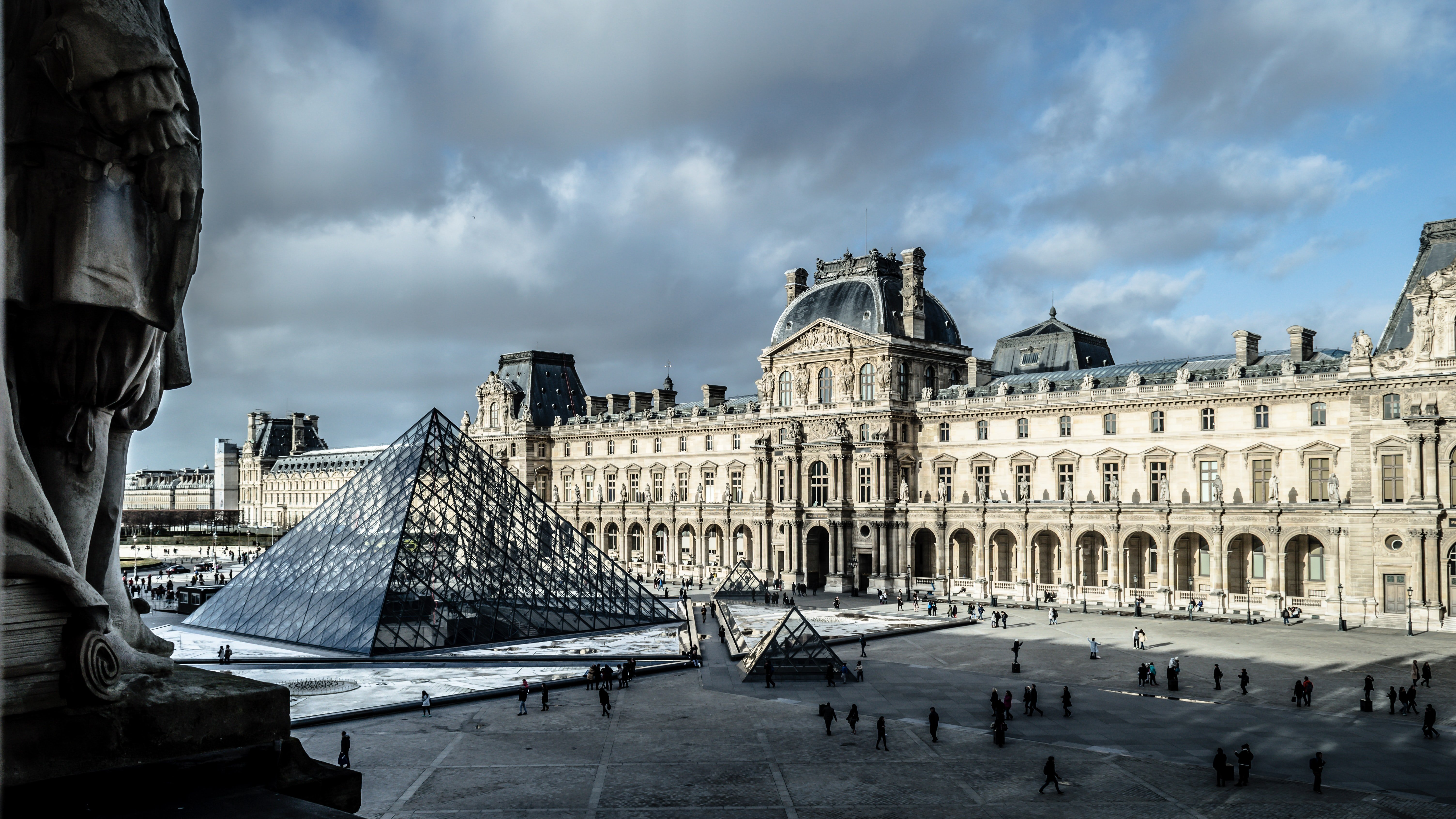 The Louvre is a world famous museum in Paris where the Mona Lisa painting is hanging, among other works of art. The Louvre was made into a museum from a fortress in 1793, and it is the largest in the world.

The museum's glass pyramid is made exclusively of glass and metal and is today one of Paris' most recognizable landmarks.

The Arc of Triumph

The arch of Triumph was built to mark its military genius after the victory at Austerlitz in 1806 and it was completed in 1836. The Emperor Napoleon started the 50-meter high construction project, which today is one of the most famous monuments in Paris.

Venedig is located in the north of Italy and is the capital of the Veneto region. The large port city covers an area of ​​approx. 415 km², and has a population of 262. The town is famous for its idyllic canals, bridges, narrow streets and crooked houses. But Venice is, first of all, known for their romantic gondolas and their gondoliers, which sail the  canals - wearing their  black and white striped t-shirts the gondoliers are singing for the passengers. Today there are about 15 canals crossed by 400 bridges distributed around the beautiful city. 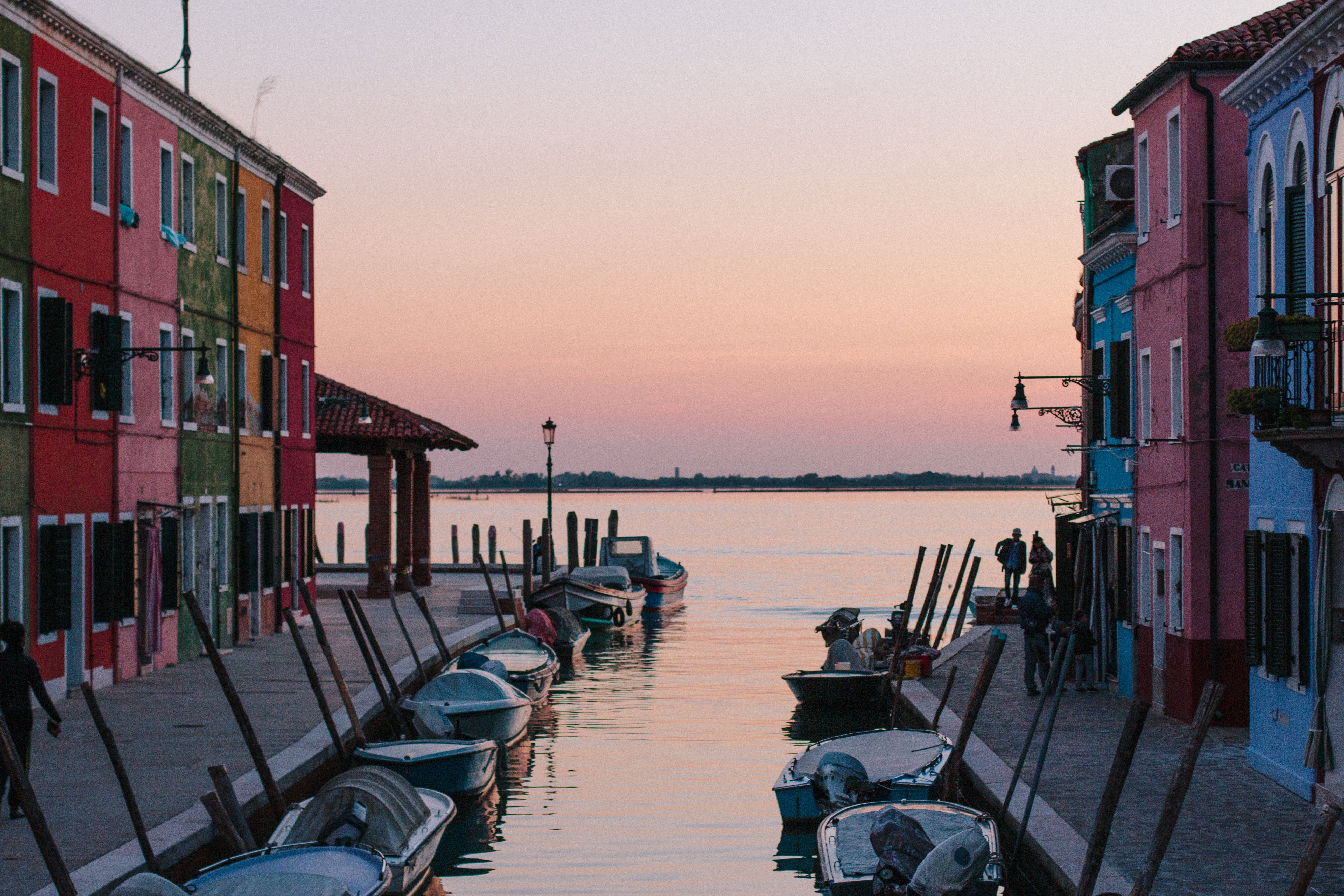 Below can you see some unique sights in Venice:

St. Mark's Church in the San Marco neighborhood is a unique tower with five bell-shaped domes and is adorned with gold, diamonds, rubies, and inside the church, there are three smaller galleries.

The ceilings, walls and domes of the church are covered with mosaics displaying scenes from the life of Christ. Up on top of the church in the 90-meter high bell tower, you can enjoy a magnificent view of Venice. So if culture is an essential part of your holiday, St. Mark's Church is worth a visit.

The Canal Grande is the prominent way of passage in Venice. It connects various points with a maze of smaller canals, which is the city's main traffic artery.

It is filled with public water buses, gondolas and private water taxis because cars are banned in large parts of the city. On both sides of the 38000 meters long, 30-90 meter wide and 5-meter deep canal, churches, hotels, palaces, and many other public buildings that definitely needs to be experienced.

This bridge is themain bridge of Venice, and it crosses the Canal Grande along the many other bridges. Once the bridge consisted of wood, but back in 1591, the bridge was reconstructed into a stone bridge. There are several shops on the bridge, which means that it is very hectic and tourist-dominated. At the end of one side of the bridge is the Rialto Market, which offers fruits and vegetables. So if you want an authentic cultural experience - you should visit this local bridge.

Berlin is the capital of Germany and has a population of 3.5 million. Approx. 35% of the city is covered with beautiful green areas, such as the Tiergarten, which is located in the middle of Berlin, and it is primarily known for its zoo, which opened back in 1844. Berlin is one the  largest cities in Europe, and the  main attractions are the city's architecture, museums, festivals, shopping opportunities and last but not least, their many historical sites. Berlin's history is unique and well maintained, so a city walk will be optimal here. 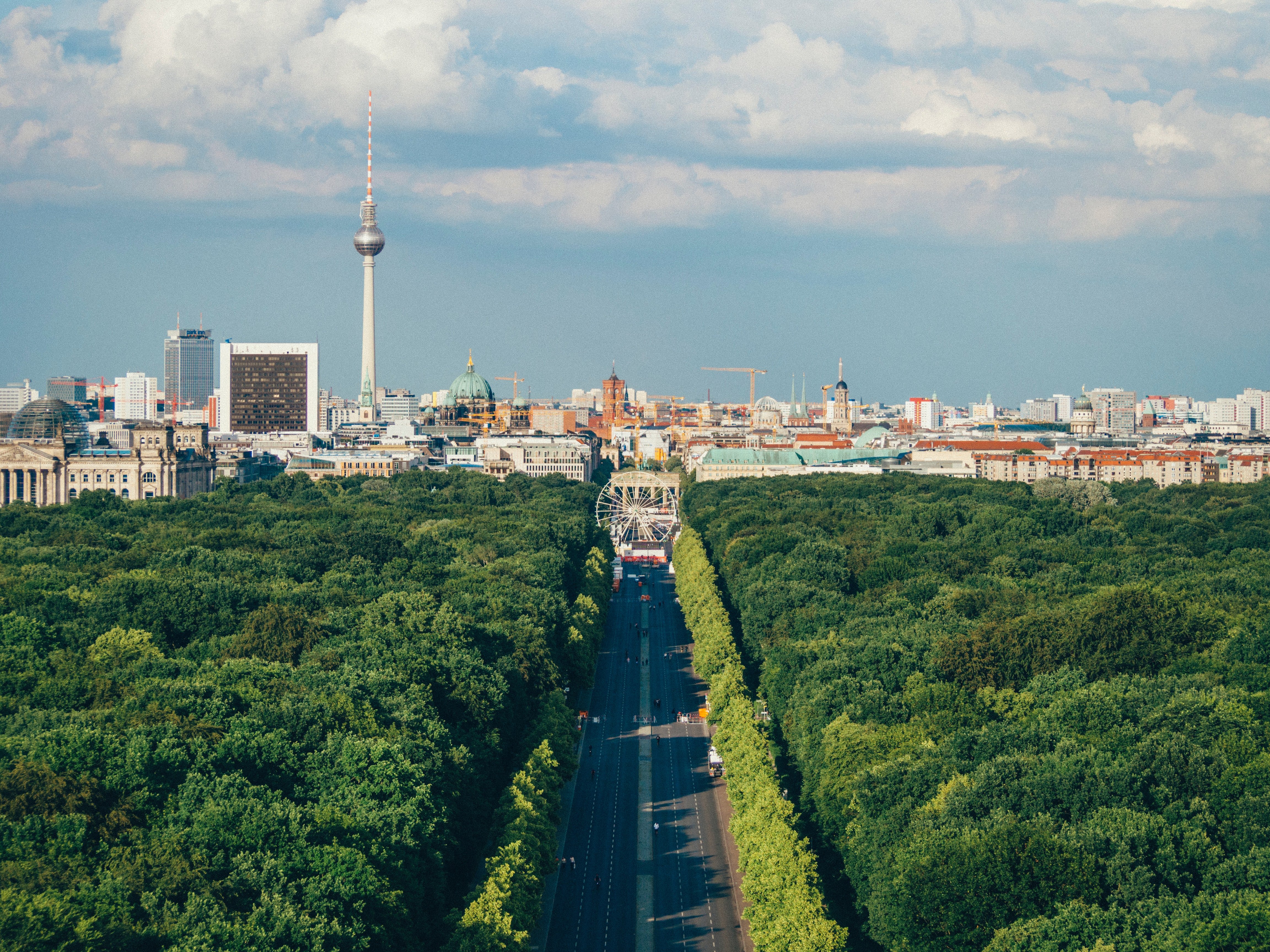 Below can you see some unique sights in Berlin:

The Berlin Wall was built to ensure that people did not travel away from East Germany. On November 9th, 1989, the fall of the wall became a symbol that the Cold War ending so this wall is a massive part of the history of Berlin and should therefore be experienced. Among other things, you can experience the wall at the official memorial site in the street Bernauer Strasse, where you can see parts of the wall and a watchtower, among other things.

The Alexanderplatz is the central hub of Berlin, as it is filled with exhibitions, markets and people - both locals and tourists. It was built in the 1960s by the East German government, where communism reigned.

The place is evident if you want to explore Berlin's many cultural attractions and memorials - you can see the Brandenburg Tor and the Holocaust memorial. But in addition, today there are good shopping opportunities in department stores and store chains.

The monument to the Jewish Holocaust victims

The attraction of the architect Peter Eisenman is one of the most historic in Berlin. The memorial is located in the heart of Berlin, and consists of 2,711 stone pillars, which cover approx. 20,000 square meters. This has been raised for Europe's approx. 6 million murdered Jews left during the Secound World War. 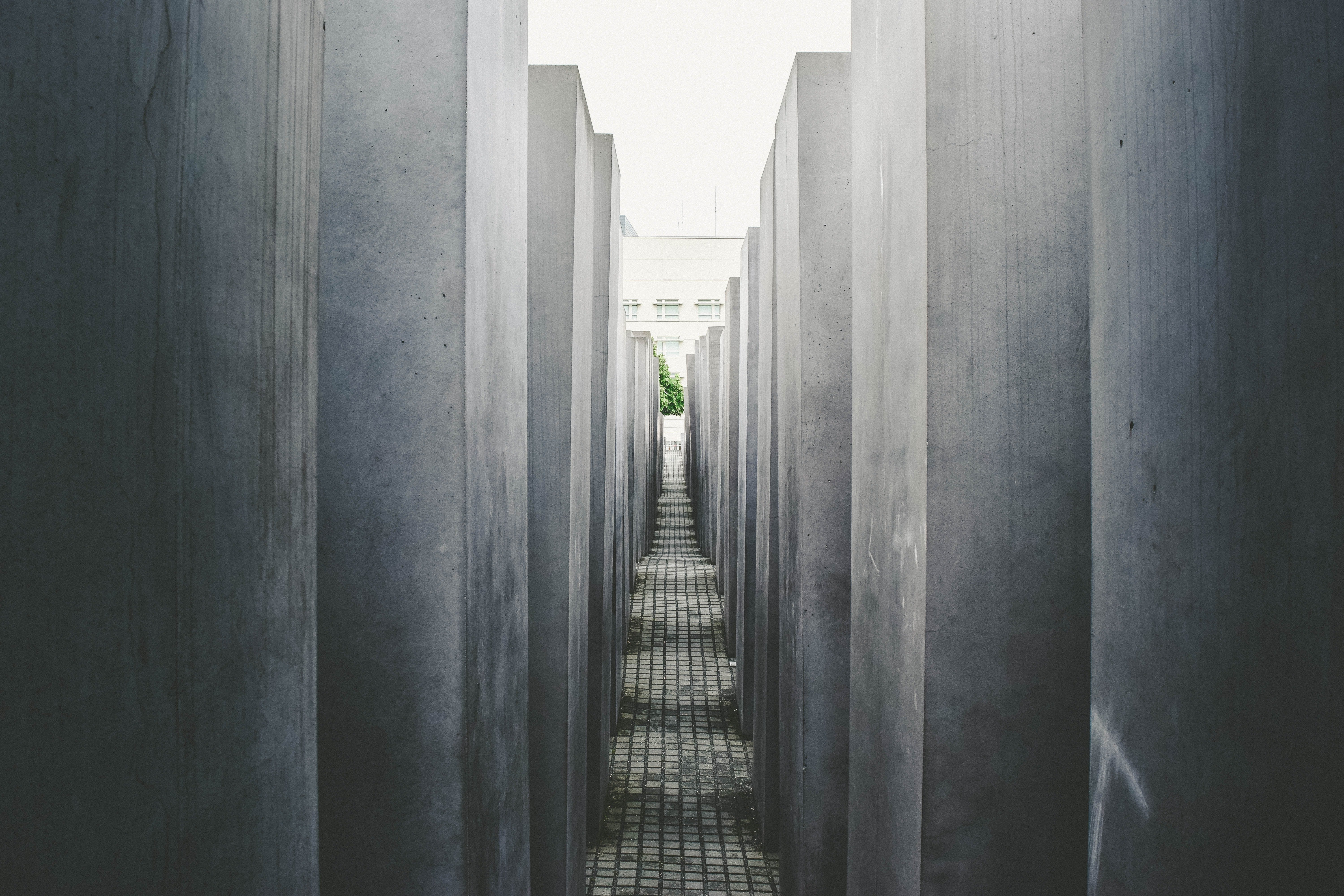 Amsterdam is the capital of the Netherlands and has a population of approx. 750,000. The city is known for their great freedom in politics, such as homosexuality, cannabis and more.

The big city is annually visited by thousands of people who find the town very attractive. The tourist attractions of the city are very different from those you find in other big cities - for example, the Red - light - district. The town has good restaurants, shopping, and there is an excellent opportunity to cycle around in the city. 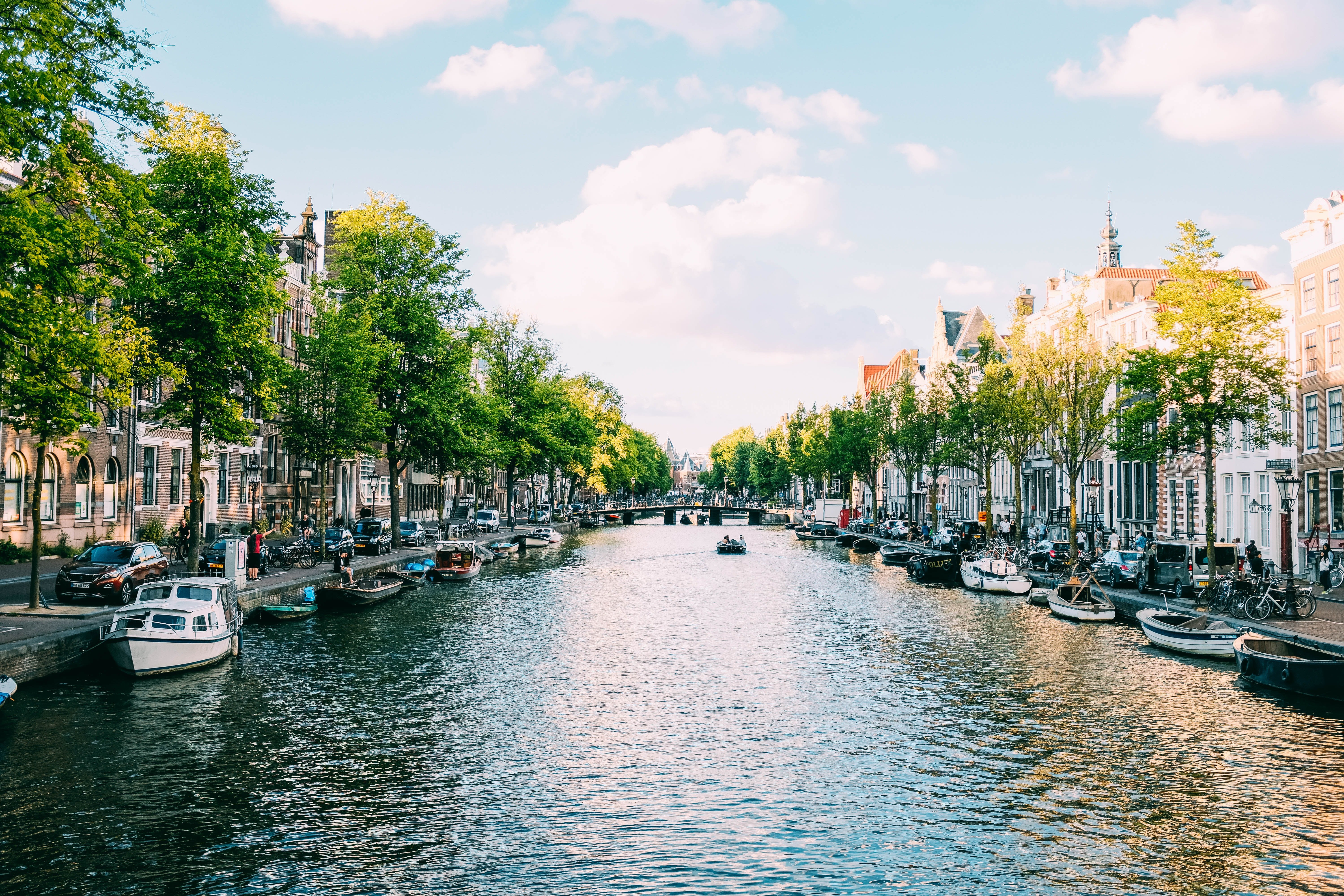 Below can you see some unique sights in Amsterdam:

The museum of Anne Frank

Behind a bookshelf during the Secound World War, The father of Anne Frankmanaged to keep eight people hiden in complete isolation for two years. Thanks to her diary, a museum has now been created, showing the atmosphere from this period. There are, among other things, photographs, films, excerpts from the diary and many more objects which illustrate events from the house. 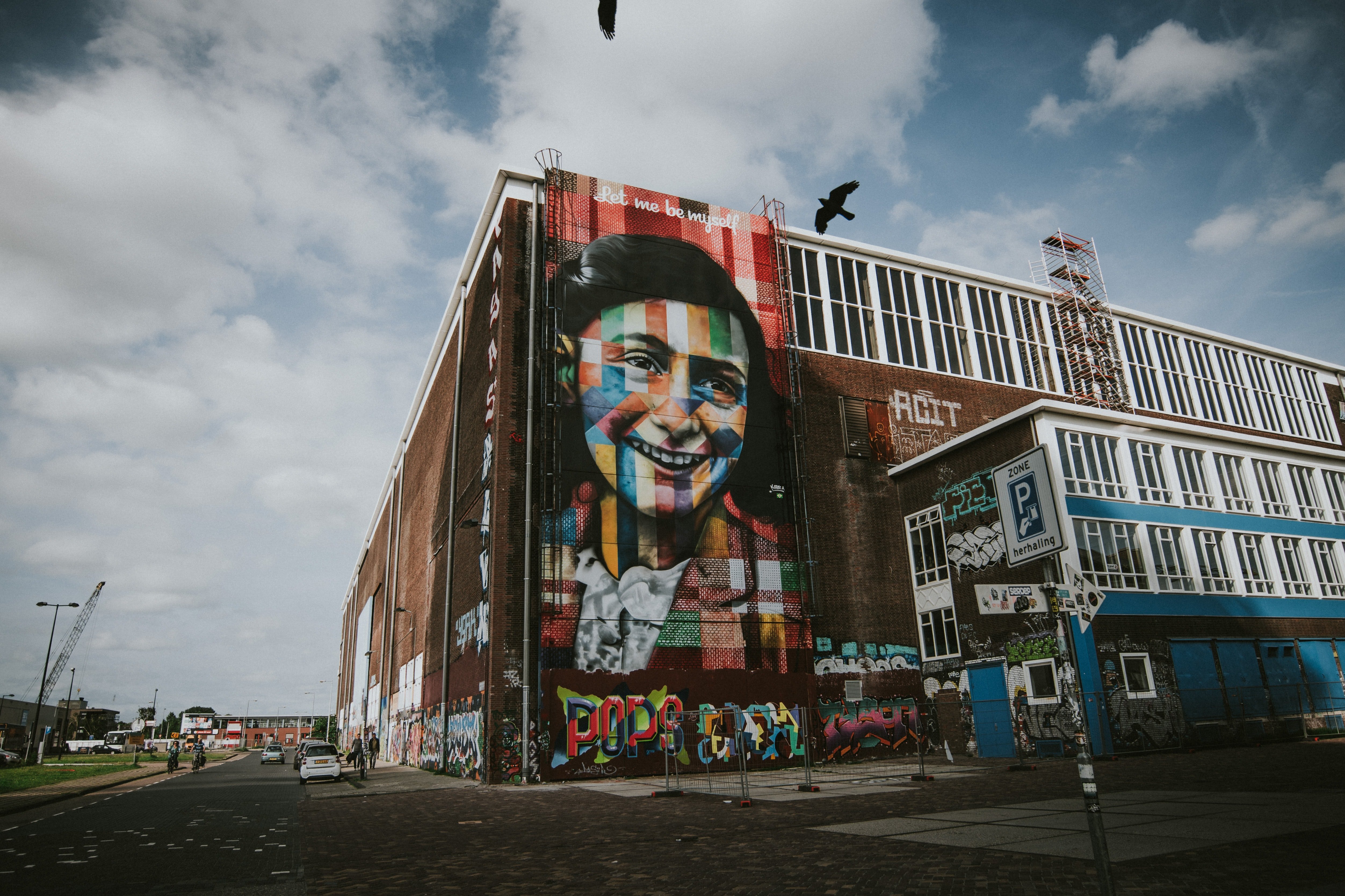 The canals of Amsterdam

There are plenty of canals in Amsterdam, and the city is therefore called Northern Venice.

The reason why all the canals were made was that at  the beginning of the 17th Century, the population increased significantly in the city. Therefore aplan for the canals to enclose the city center in concentric circles and end by the river, was put in place - the various rivers were to be used for defense and different business purposes. Therefore, a boat trip on the cosy canals must be experienced - the four beautiful large main canals in the city are Kerizersgracht, Singe, Prinsengracht and Herengracht.

In the heart of Amsterdam, you can see the famous Madame Tussaud Museum. Here you can see wax figures of great celebrities, that you know from television and media, like George Clooney and Lady Gaga. This museum is also located in London and Los Angeles, so if you have been there, there is not much new under the sun, but if not, it is a fun experience to take along on the road during your stay in Amsterdam.

These selected sights can help to give you the complete picture of our selected metropolitan destinations.