Was your flight cancelled? Read about your rights here

If you are in doubt whether your flight has been cancelled in a reasonable timeframe or by “extraordinary circumstances”, you can determine the status by entering your travel information in our calculator. 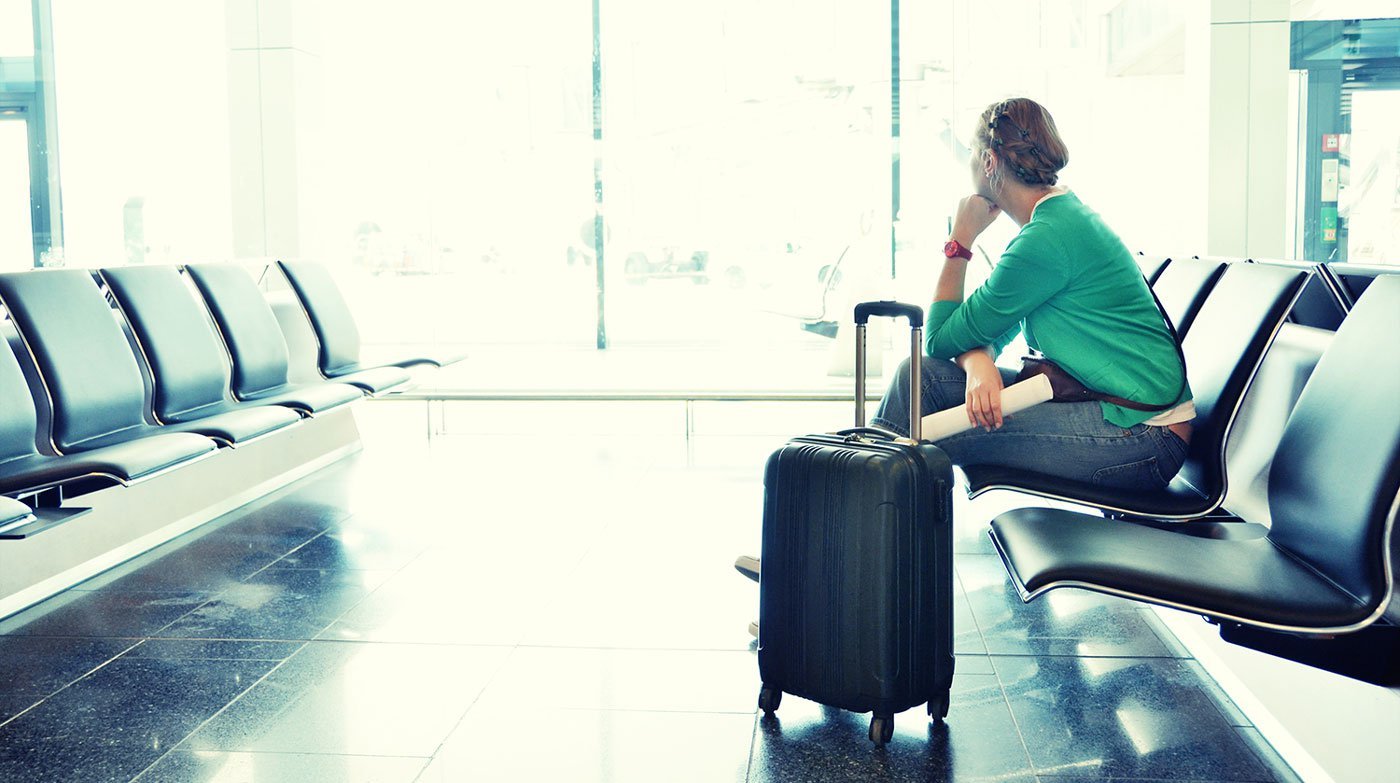 Long waits can occur when your flight is cancelled, but how much compensation are you entitled to?

When am I eligible for compensation?

As a general rule, you are eligible for compensation if your arrival time differens two hours from your scheduled arrival time.

Be aware that several airlines often consider the flight's “touch down” as the official arrival time, which shortens the delay and might mean the difference between compensation and no compensation.
However, this is not the correct arrival time defined by the regulations. The actual time of arrival occurs when the aircraft has landed, the doors are opened and passengers are allowed to exit the aircraft.

Statute of limitations when seeking compensation for flight cancellations

If you have experienced a flight cancellation within the last three years, you may be entitled to financial compensation for the loss of time you have suffered due to the cancellation. Since the statute of limitations for these types of cases in most European countries is three years, it's prudent to follow up on a cancellation that has happened some time ago. The three-year limitation period also applies to your rights in case of flight delays. In Sweden and Norway the claim should be submitted to the airline within two months, but if the airline denies compensation, you still have three years to file a court case. The limitation period depends on your arrival and depatue airports.

Cancellation of flights due to “extraordinay circumstances"

Passengers are not entitled to compensation under EC 261/2004 if the cause of a flight delay is extraordinary circumstances outside the airline's sphere of contol, and the airline has taken all reasonable measures necessary to attempt to correct the issue.

Extraordinary circumstances include the following:

Passengers should be aware that airlines sometimes qualify a reason for the delay as an extraordinary circumstance, although the reason does not qualify as such. This is done as an attempt to avoid the compensation obligation of the airline.

What may I expect to be entitled?

If a passenger’s flight is cancelled, the passenger has the choice between a refund of the ticket price (if the flight no longer serves any purpose for the passenger), or a new ticket to the original destination at the earliest opportunity. If the passenger chose to re-book for departure at a later date, the passenger is entitled to do so as long as there is a seat on the selected flight.


The airline is required to make the above service/items available free of charge to passengers. If the passenger is not offered meals, accommodation, etc. and incurs extra expenses due to the flight cancellation, the passenger can seek reimbursement for meals, hotel costs etc. from the airline. Have you incurred extra expenses due to a cancellation? Be sure to save your receipts and submit them to Refundmore with your claim.

The airline is required to cover passengers’ extra expenses, even if the flight is cancelled due to extraordinary circumstances, although the passenger is not entitled for compensation according to EC-Regulation 261/2004.

Are you unsure about your rights concerning extra expenses due to a cancelled flight? Fill out our online form or call us +45 89 88 22 96 - and our Legal Support Agents will let you know if you are eligible to get your extra expenses reimbursed by the airline.

Ready to claim your compensation? Delayed or cancelled flight?

No risk - easy and fast